For the last couple of weekends, I have been shooting my daughter’s senior portraits.  It was so special to me that I was able to do this for her- that she wanted me to do this for her. Though I have shot a number of senior portraits and I always feel honored to do it, this one had a weight to it. I was at once thrilled and saddened at the mere thought of it.  All summer, it was on my mind. I searched through hundred of images for interesting poses. I looked at images of every park in the greater Puget Sound and into the Cascades. My husband and I even braved 14 miles of washboard and loose gravel on the Mountain Loop Highway from Granite Falls to Darrington looking for the perfect spot.   Washington was very dry last summer though.  Dismal browns covered the normally lush, emerald greens.  So, we waited until fall when the leaves began to turn to scarlet, orange and gold. Unfortunately, September was quite rainy, and we had trouble finding a dry weekend.

When the sun broke through one Saturday morning, we quickly loaded the Jeep with four changes of clothing and my camera gear and headed into the mountains. As we drove along, my daughter commandeered the stereo and the conversation. It was bliss to listen to them both.  As the miles rolled by and the cell towers disappeared, we really had the chance to talk.  I love long road trips with her. I am tickled by her quick wit, strength  and passion.  Without the distraction of social media, we have space for all the things there is never enough space for.  Finding space, I thought, was so much easier before cell phones, AP classes, Friday night football, work, sports, friends and cars. It made me think of that long stretch between diaper bags and dating boys when we just hung out together any chance we got.

When she was very young, I pronounced that, whenever she had a day off from school, we would have an Adventure Day.  I would take a vacation day and off we would go.  Sometimes we would throw around ideas for weeks ahead of time. Other times, we threw caution to the wind and waited until Adventure Day arrived.  Either way, no decisions were made until we were seated at O’Donnell’s awaiting their amazing French Toast.  Then the true negotiations began. We would throw out ideas.  Should we paint ceramics?  Drive to a city we had never visited?  Swim in the salt water at Colman Pool?  Ride a ferry? Sit on the beach?  Explore the Market? Ride bikes? The possibilities were endless. She would always say, “Let’s compromise and go with my plan.”  I would remind her what compromise means and then we would go with her plan.  After all, the truth is I just wanted a carefree day of singing to the stereo, talking about every little thing going on in her life, and listening to her laughter.  My personal favorite was Adventure Day in Bellingham.  We spent the night in town and the day exploring Fairhaven. It was a weekend that alternated between giggling girl and growing up.  On a side street, we found an antique shop that had a display of old hat with veils and feathers my grandmother might have worn as fashion. We cracked up as we tried them on, posing in the most ridiculous way and exclaiming “Daaahling, you look fa-bu-lous!”  A block away we found our kryptonite: a bookstore.  She begged me to buy a history of Africa that weighed more than her head and was sure to fill it.  She was enamored with Africa having listened to the childhood stories of my best friend’s father.  And then I was dragged into a fireplace shop whose resident dog was a Golden Retriever- apparently with a gift for getting people to stop and scratch his ears. She is powerless to pass any pup by.  And on it went, and, as usual, I was filled with wonder and awe at this growing sprite. 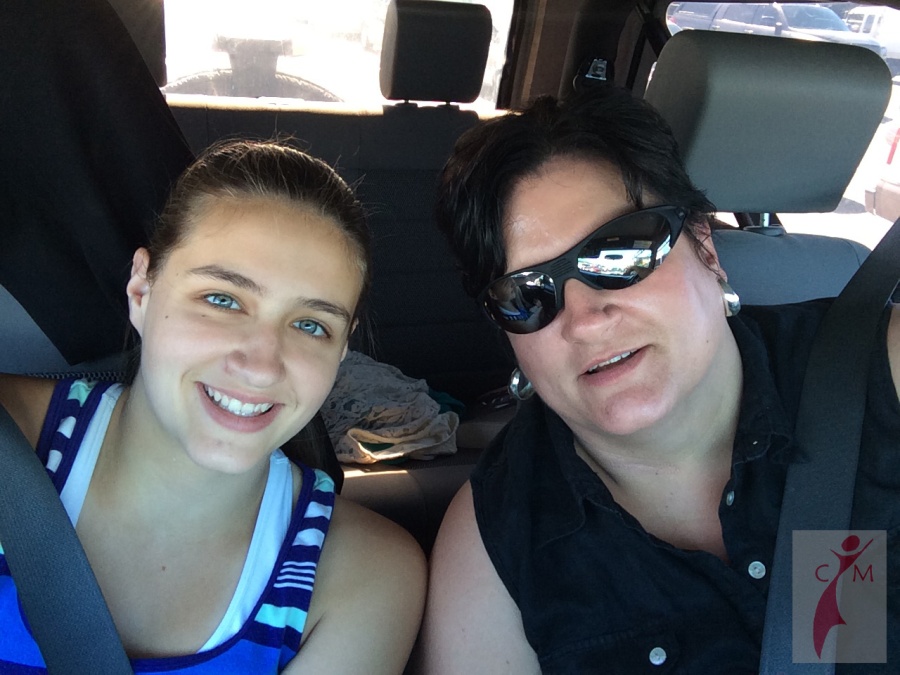 As we drove up the Mountain Loop Highway, and the sunny skies turned to mist, then drizzle, then rain, I was not disappointed even though I knew we were not going to get the shot that day.  For I had hours that day in the car with her, scouting spots and marking them for the next sunny day.  And we talked about every little thing. And we sang to her playlist.  And we laughed.  Though not an official Adventure Day, it felt like one. (Thanks to the rain, I knew I was going to get another one.) Though unplanned and meandering, that day was precious because I knew these opportunities were dwindling fast.  Sure, we will carve out time even when she was in college, but it is time for her life to grow outward. It is time for her to have some Adventure Days without me.