She skated into town in 10th grade. I always worried about the new kids. I had a lot of experience being the new kid.  I knew that it was infinitely harder when you landed in a small town where lifelong friendships were forged in bassinettes.  She didn’t strike me as a country girl either. She held herself with the grace of a ballerina- head perched delicately on her swan-like neck, gliding through the halls.  When she smiled, it bloomed from her heart.  We were her 11th school, but you wouldn’t know it. She didn’t have that tentative attitude of someone who guards their heart knowing they could be leaving soon.  She was all in. By the luck of the draw, she came in a year that brought several new faces.  She could have clung to the safety of shared experience but she didn’t limit her circle of friends.  I had her in Leadership class where she shared her gift for bringing people together and mobilizing them.

It would be 20 years before I saw her again. A couple of months ago, I ran into her at a reunion.  I was struck by how little had changed. She is still that inside-and-out beautiful person she always was. Her laugh still fills the room and lifts your heart.  That light still shines in her eyes.  All that would have been extraordinary on its own, as I think we all dull a bit as life experiences tamp down that idealistic energy of our teen years.  With Cindy, it was remarkable.  Not long ago, while trying to clear an error from the ultrasound machine she was using, she ran the probe across her side and discovered a tumor later determined to be a rare form of cancer called Epithelioid Hemangioendothelioma (EHE).  You wouldn’t know this insidious disease was ravaging her interior from her attitude.  When she asked if she could tell me her bucket list, my heart clenched at the thought of this thirty-something spitfire making a list of things she wants to do before the end. As she said though, when cancer happens, things get real.  I was prepared for a list of earthly luxuries. Who would blame her if she wanted to bask in the sun of a Mediterranean beach or sail over a mountain in a parachute?  Who would deny her petting a giraffe on the plains of Africa or driving a race car on an Indy track?  But she did not want any of that. And yet, her eyes lit up as if she was fantasizing about the most decadent of adventures. When she leaned in and she told me her dream, I was mesmerized. 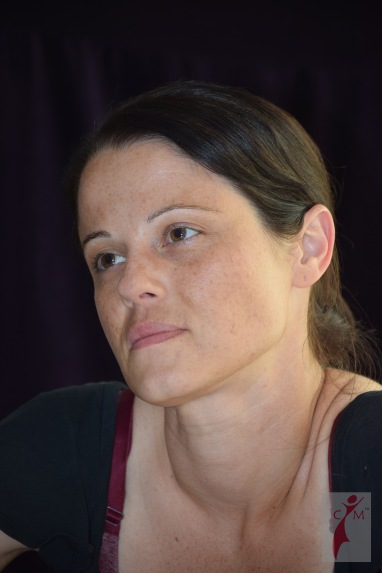 As we all do, she had the idea for a long time and thought that she had even longer to realize it.  Perhaps she would do it when she retired someday.  Now that the somedays are numbered, she cannot afford to wait.  With the uncertainty of her future now, she is driven to honor the memory of her grandfather, Weldon Thomas, by telling his story.  I could see what a tremendous influence he must have had on her life.  Weldon’s granddaughter was the second-born of a modest family of five who wanted to be a skater so badly that she went out at 14 and got her own sponsors to pay the exorbitant coaching and competition fees.  Weldon’s granddaughter is the girl who never lost touch of joy and love despite adversity. She is the product of a man who lived rejoicing in the positive, never letting the negatives jade him – and Weldon Thomas had every reason to become jaded. Master Sargeant Weldon Thomas, 11th Armored Division, 63rd Armored Infantry Battalion, Headquarters Company, Intelligence and Reconnaissance Platoon, was among the young men who saw the worst of the atrocities men are capable of.  The horrors of war and concentration camps did not extinguish the light of courage and love that he had. He passed that light on to his granddaughter. He passed on a sense of justice and human kindness. He passed on the will to fight for what is right and good in the world. He passed on his indominable spirit and fearlessness to live every day as the gift that it is. 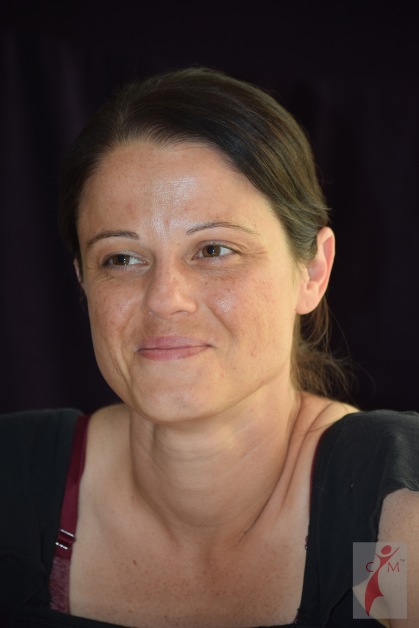 Cindy Thomas Obregon is working on a documentary about her grandfather and his battalion in World War II. You can follow Cindy’s Journey at cindysstory.home.blog  .

If you would like to support Cindy, she is raising money for this effort and to help with her medical costs:

Catherine Matthews is an educator and author living north of Seattle. She is currently at work on her debut novel, Becoming Benny. Catherine shares her life experiences on her blog, Life Through My Lens. As an educator, leader, parent and human being, Catherine shares her adventures in child-raising and teaching, as well as the childhood stories that shaped and molded her. She, like all of us, searches for meaning in the mundane, contemplating the lessons she’s learned along her journey in life. Whether it’s recollecting the follies of her youth, remembering those who have come and gone, or simply musing about life, she is drawn to share rich and vivid stories that will make you laugh, cry and maybe even learn. Carefully weaving photos into her tales, she paints a picture of life that often acts as a mirror into our own. View all posts by Catherine Matthews